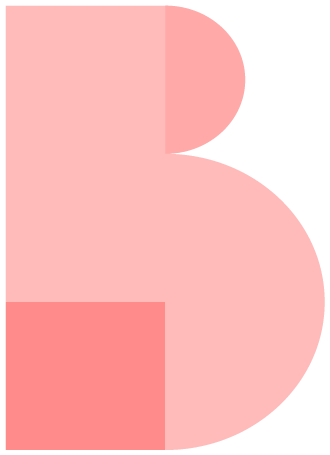 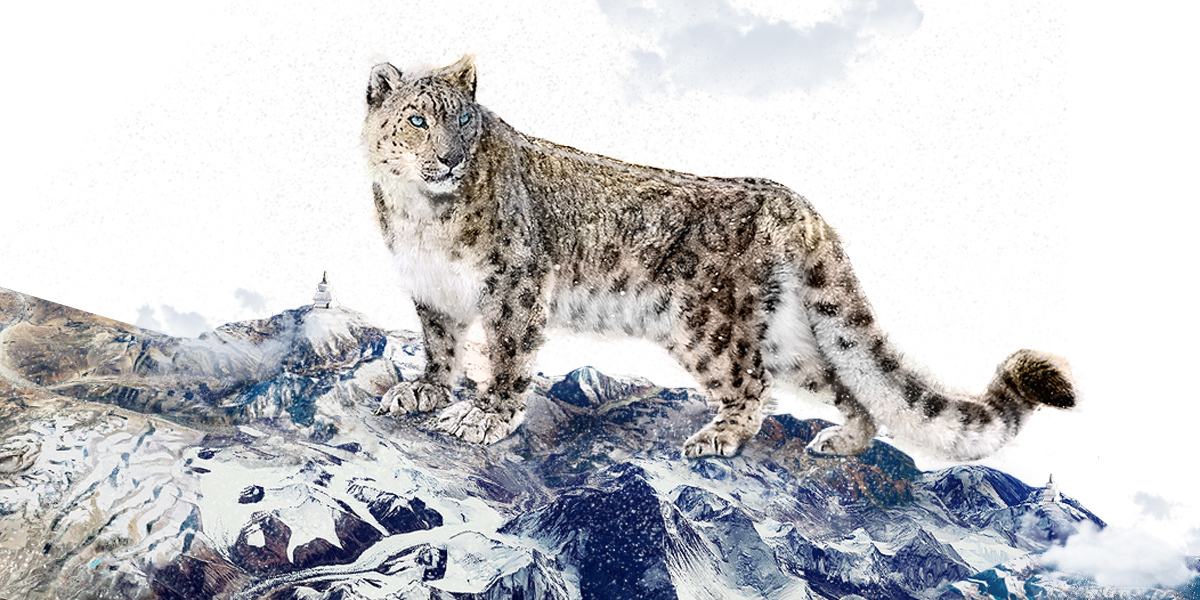 For this new version of a website we had already worked on 2014, we had a clear idea of what had worked and what could be improved, both in terms of usability and comunication. 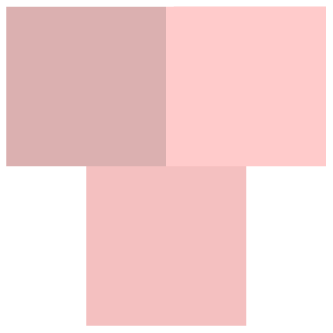 We decided basically to start from scratch and built a completely new interface that allowed us to have a website that is more a journalistic and a communication project, rather than a mapping tool.

We divided the website in landscapes and for each one of them, created a structure that highlighted the story behind the maps. With just the scroll, the user gets to navigate through maps with a storytellig that evolves in parallel. We used a mix of D3 and overlays in Js, Leaflet for the maps.

Besides mapping, we used interactive infographics to convey the bigger picture and explain the importance of cohabitation of communities within Snow Leopard habitat range, and also how climate change is going to affect the whole region, and how we should prepare fot that.

We developed this project with the amazing "Adaptation to Climate Change" team at WWF US.

An analysis of vulnerabilites on the area; Upstream influence of Permafrost in the Area 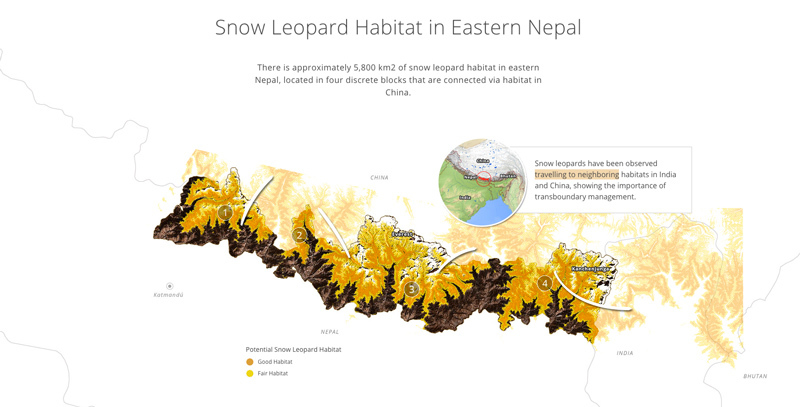 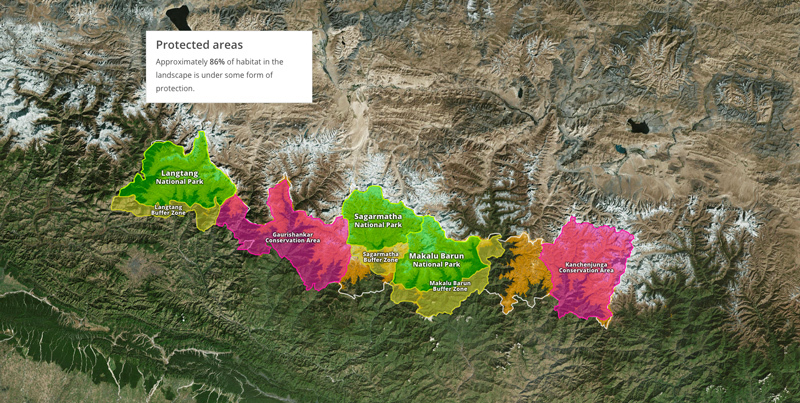 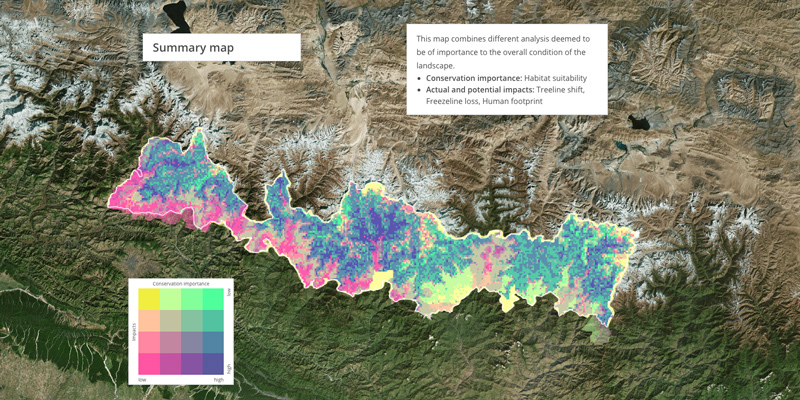 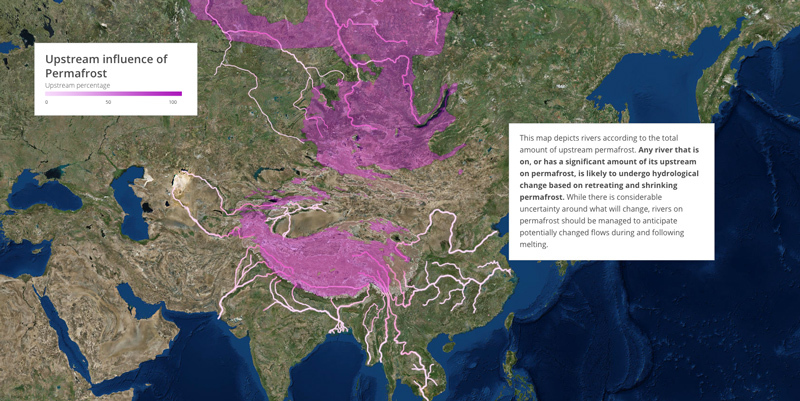 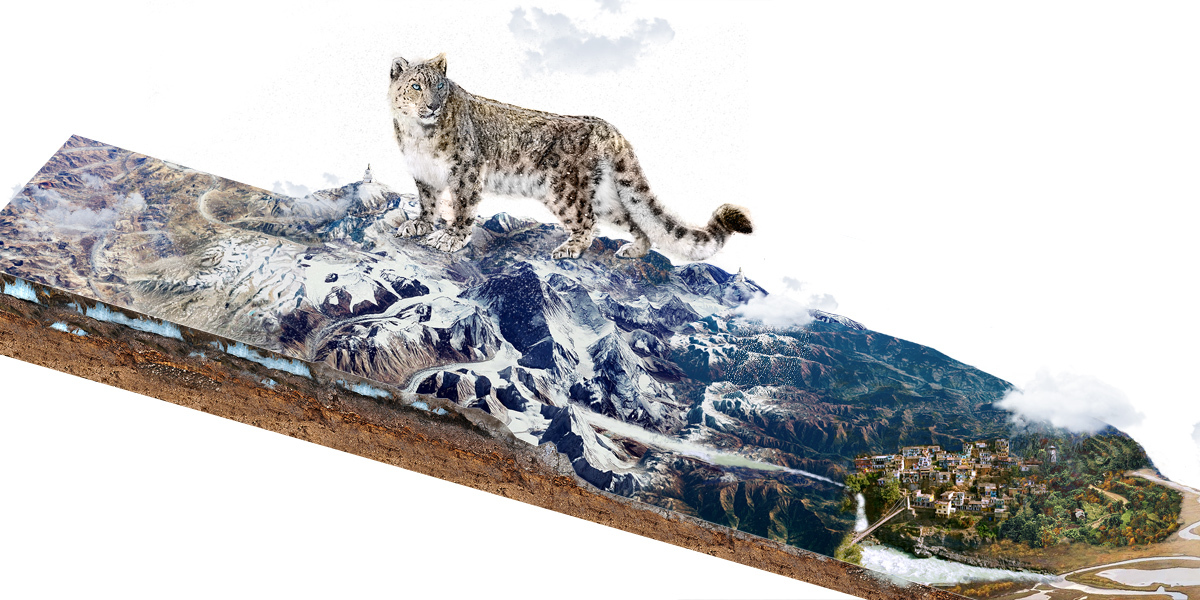