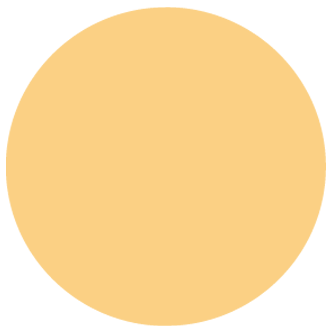 This century is going to bring important changes in the living areas of many flora and fauna species due to the effects of climate change. We created an animated video and developed a web app that explain the concept of adaptation to climate change and show the evolution of the living areas for the species depending on future climatic conditions.

We developed an application where you can visualize the areas where you may find species of flora and fauna in the future according to weather forecasts for the next 90 years. Given their needs for survival from a climate point of view, it is a projection of living areas in the coming years. Thus, we can see the need for migration of many species in the next 50 years if they want to survive and where it should occur.

In a matrix of all species, we can see which ones will be most affected by climate change and they can also be classified by their current conservation status.

The visualization should reinforce the idea that climate change is irreversible and that in addition to fighting with mitigation measures, we must implement measures from right now to prevent the possible disappearance of certain species. These are measures of adaptation to climate change. In this section, we can see the 10 species most susceptible to changes and we propose two basic measures to deal with these changes: the creation of ecological corridors to allow the migration between areas and building wildlife shelters that may become protected areas for endangered species.

To communicate the concept of adaptation to climate change, we created an infographic video that tells and illustrates what it is, why it is needed and what are the main steps to be taken. 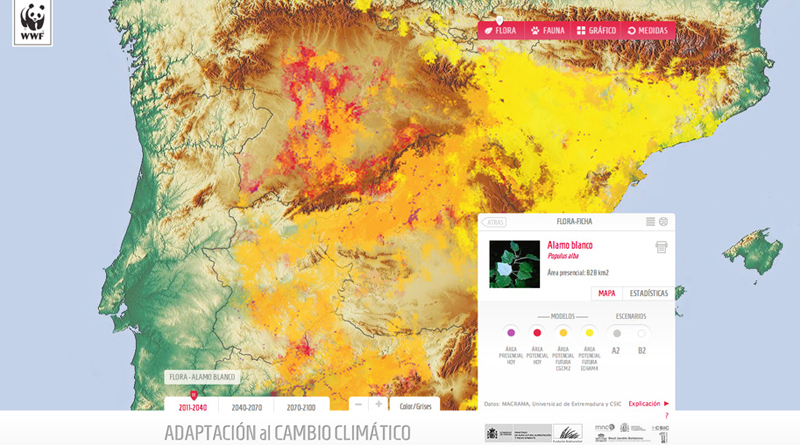 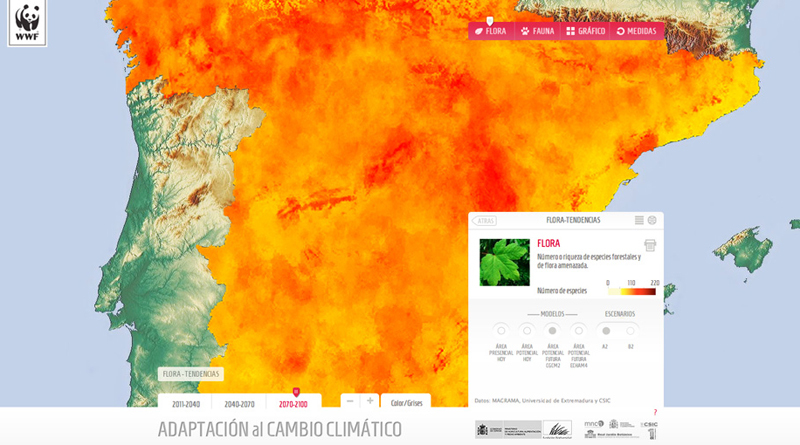 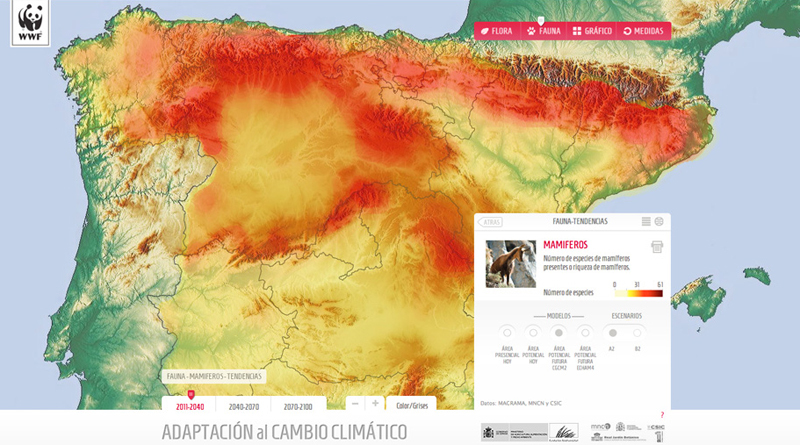 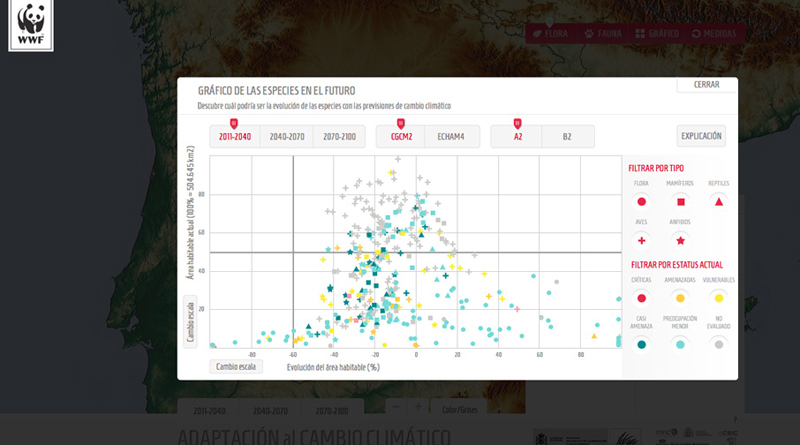 Matrix that portrays tue future evolution of 450 species of flora and fauna considering its actual situation in the IUCN Red List of endangered species. 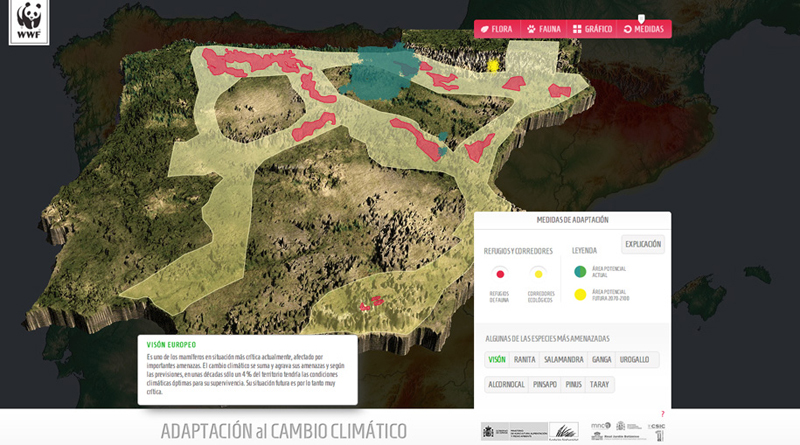